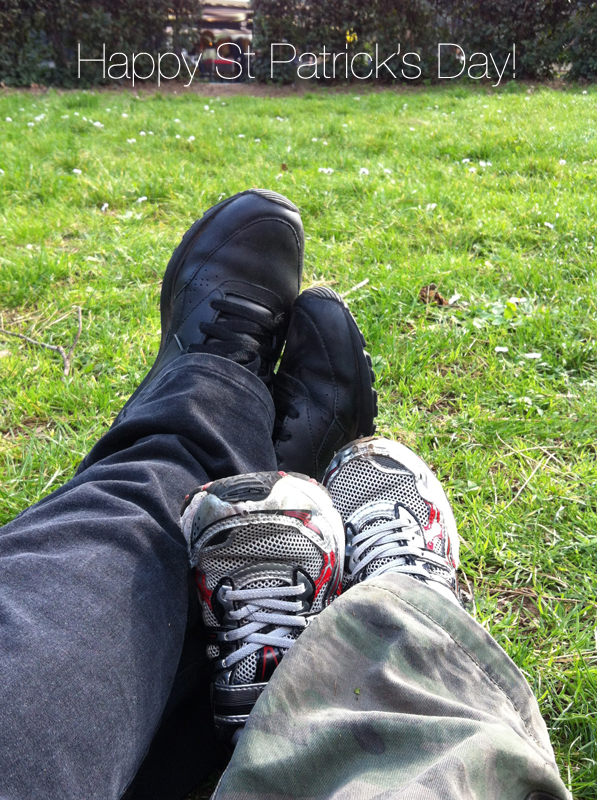 Posted by Eleonora Baldwin at 10:03 AM 8 comments: 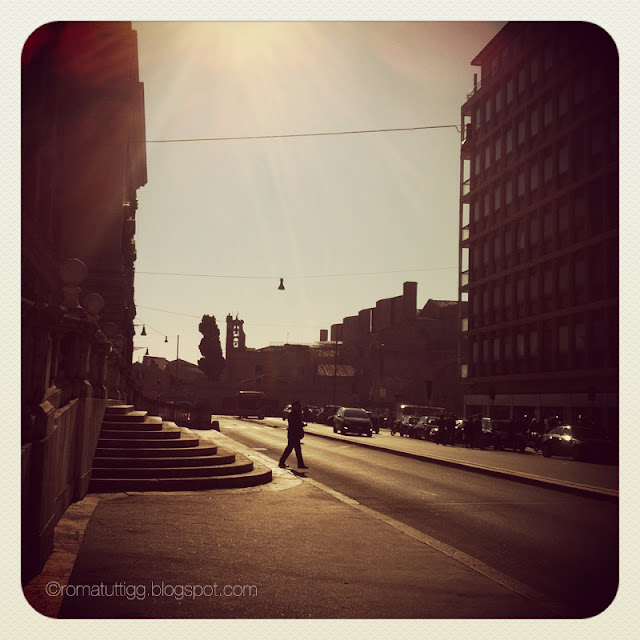 Yep, it's officially spring in Rome.
Posted by Eleonora Baldwin at 5:40 PM 8 comments: 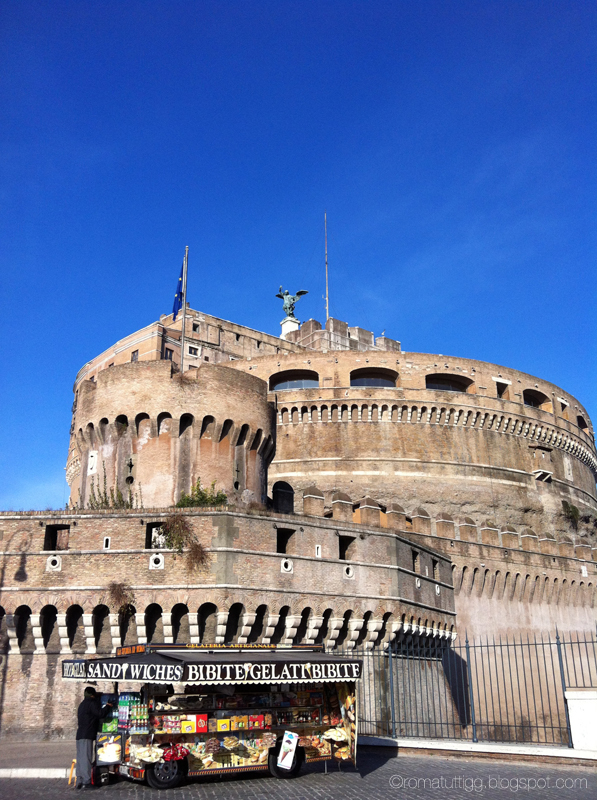 I'm a little obsessed with this location. This particular curve in the Tiber river, the bridges that cross it, the nearby embrace provided by St Peter's colonnade, the statues, the castle.

Castel Sant'Angelo was not always a fortress, it was first and foremost a family tomb, Emperor Hadrian's. That's why this massive structure is also known as Mole Adriana.

The original Roman monument has since then been transformed in many different incarnations over the centuries: fortified outpost; Papal escape route; obscure prison; Renaissance dwelling, again penitentiary during the Risorgimento, down to the present modern day museum. The giant bronze angel on the summit of the vast circular viewing platform sheathes his sword to announce that the AD 590 Black Plague has been defeated. 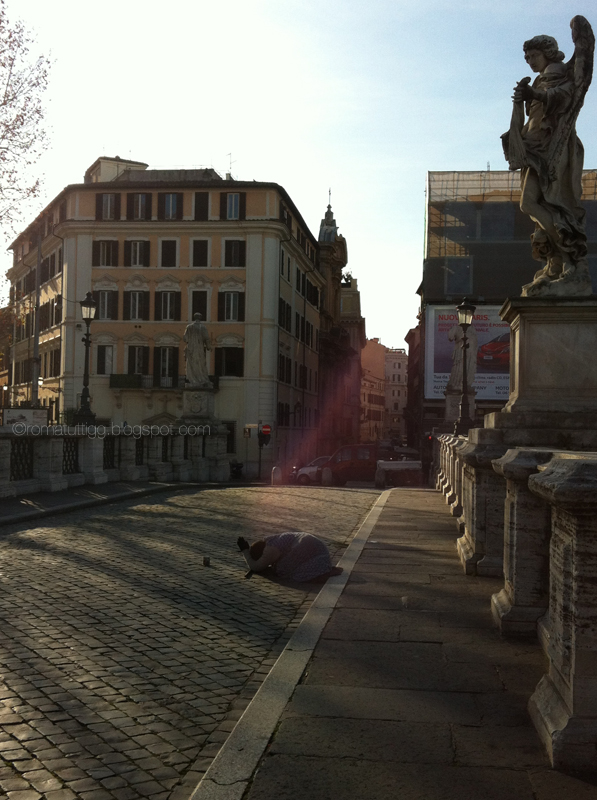 Something about the sun flare divine light hitting the beggar in this second photo gives me chills.