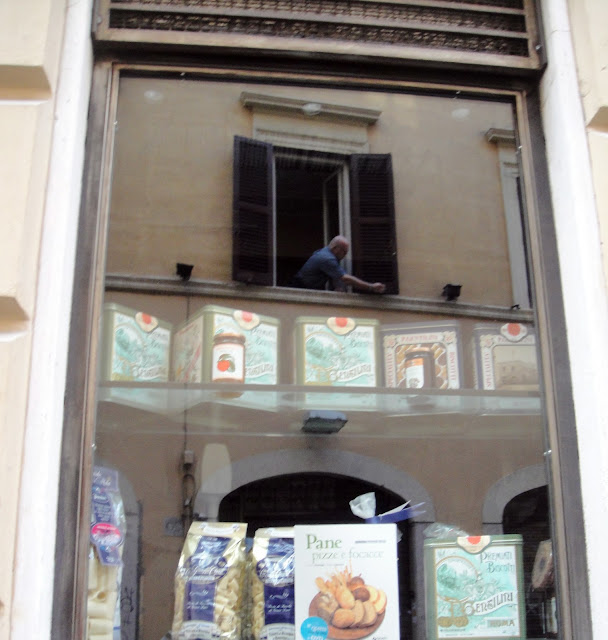 The man up there opening his windows is very lucky: he lives across the street from a bread bakery... 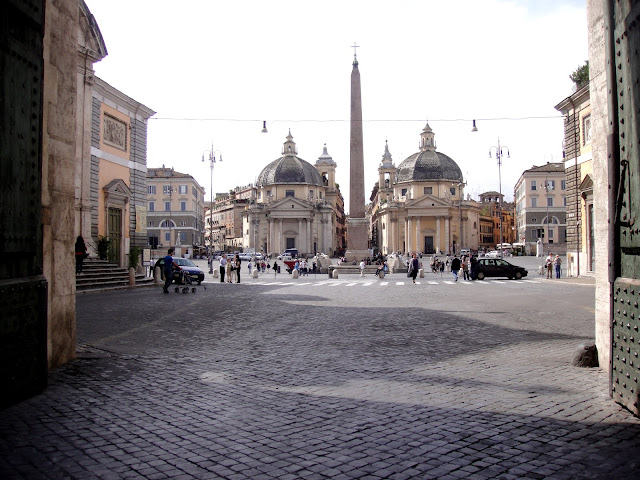 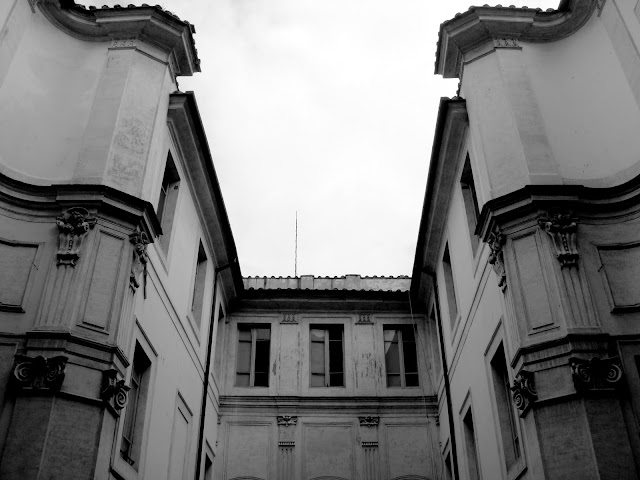 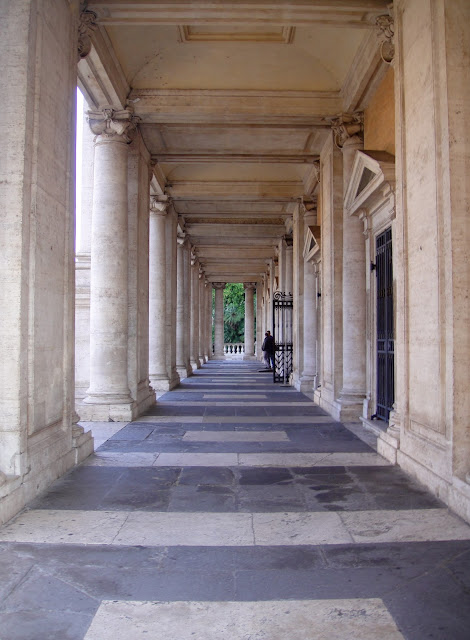 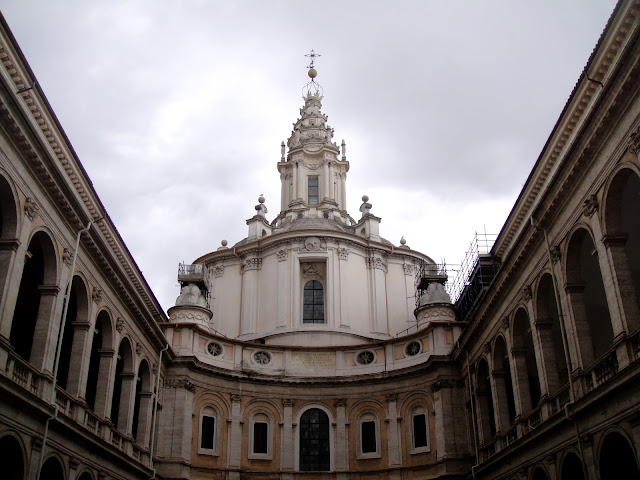 linear perspective ~
noun
a type of perspective used by artists
in which the relative size, shape, and
position of objects are determined by
drawn or imagined lines converging
at a point on the horizon.
Posted by Eleonora Baldwin at 10:42 PM 23 comments: 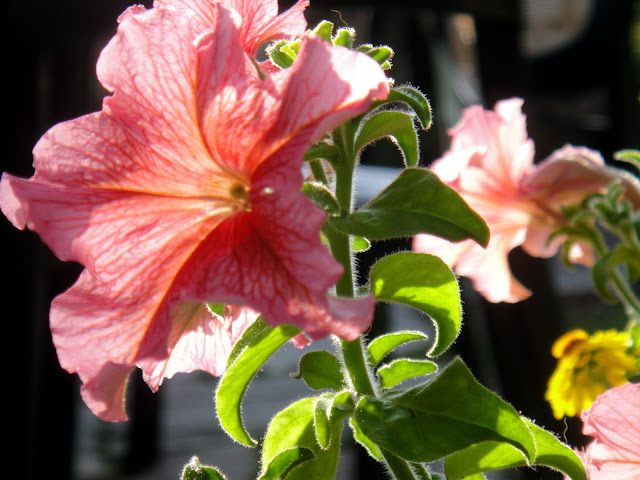 This blog participates in the joint Italian/expat blog comunity in support of the Nastro Rosa campaign for Breast Cancer Awareness Month. Please visit Mamma Felice for a complete list of participants.
Posted by Eleonora Baldwin at 9:31 AM 7 comments: 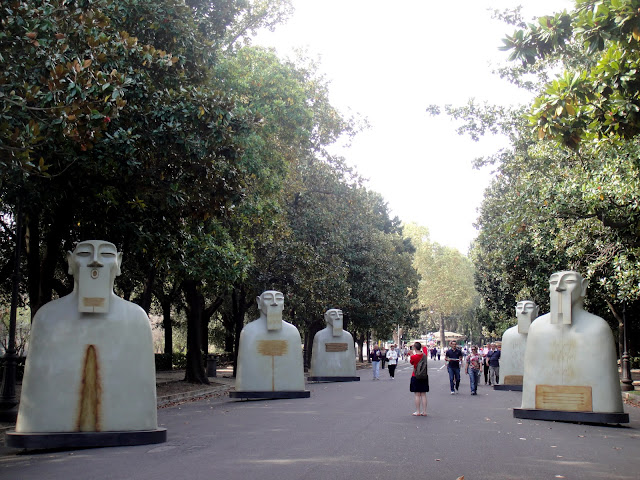 Mexican artist Rivelino is the author of the temporary sculpture installation I Nostri Silenzi that occupies Villa Borghese's magnolia-lined avenue near the Pincio terrace. With his ten mute bronze busts, the artist conceptually deals with the theme of silence as absence of verbal communication and hindrance of freedom of expression.
Posted by Eleonora Baldwin at 12:17 AM 9 comments: 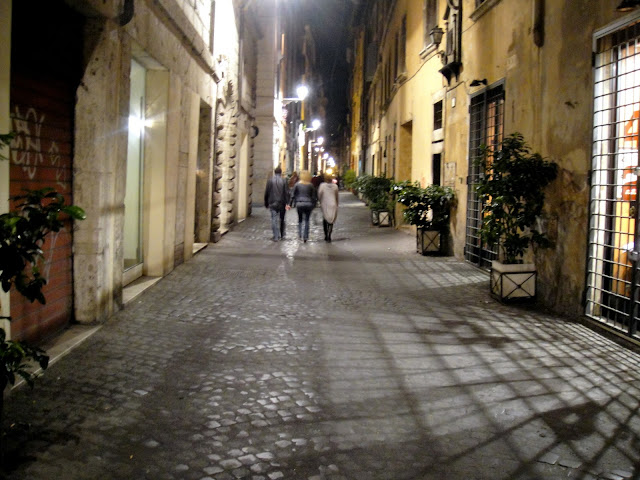 This beautiful medieval road–originally named Via Recta–was created as a through way to Ponte Sant'Angelo and then further on, to St. Peter's. Because the street was subsequently crowded with pilgrims headed to the Basilica, its 500 meter length was entirely dotted with stands and shops selling sacred souvenirs and rosary beads.
In Italian a rosary is called rosario or corona, 'crown of beads,' That's why the name of the street became Via dei Coronari. The fascinating medieval feel is still alive today, though the old souvenir shops have been replaced with very exclusive antique stores and boutiques.
Posted by Eleonora Baldwin at 12:35 AM 16 comments: 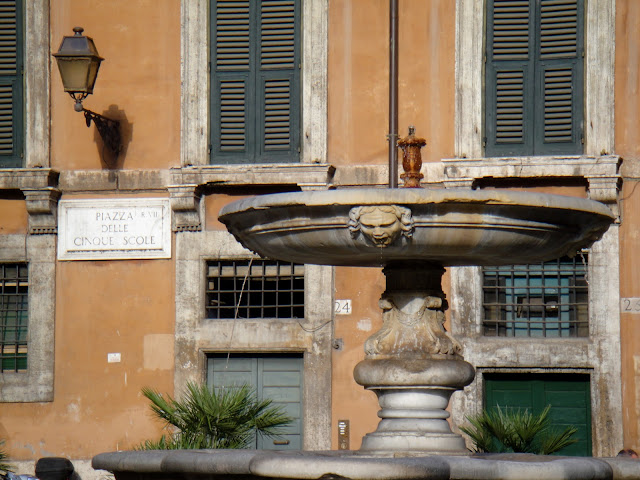 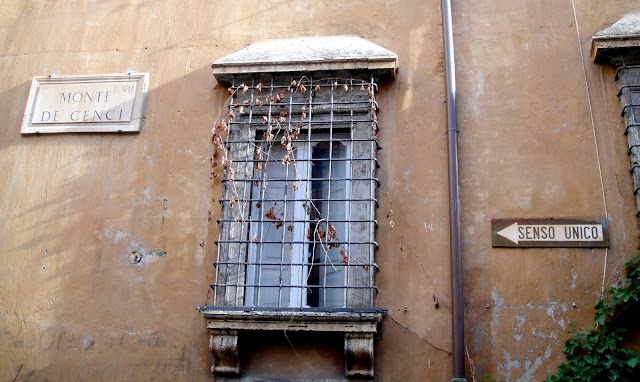 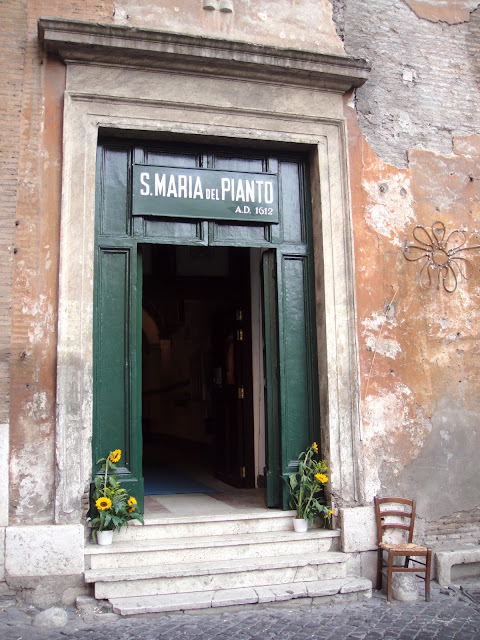 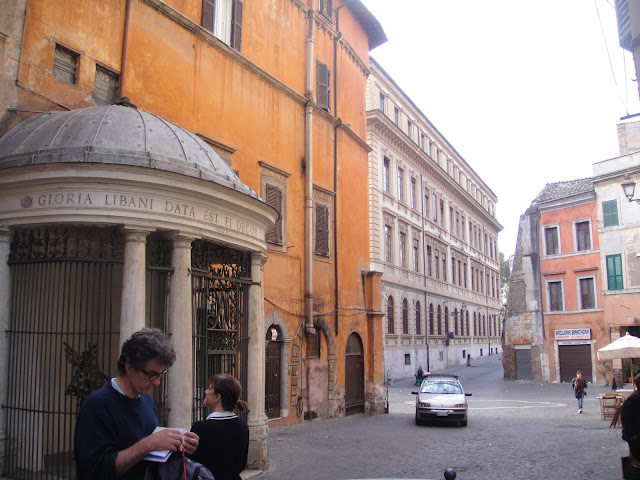 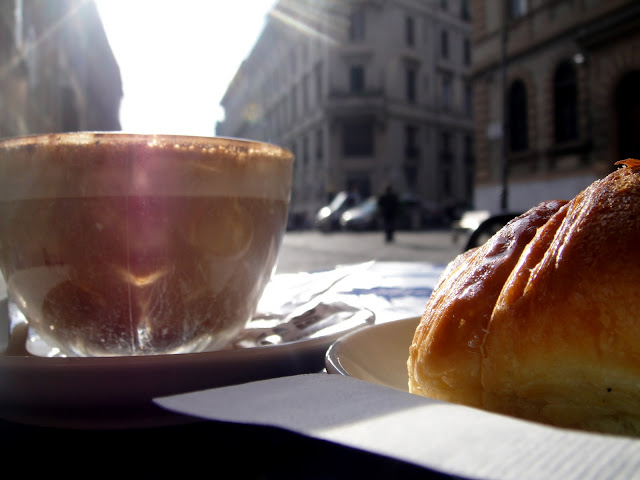 The ancient Jewish quarter of Rome is commonly referred to as the "ghetto." Today it is one of the city's most charming and eclectic neighborhoods, known for its great restaurants serving traditional Roman cuisine and Jewish specialties, and home to a large Jewish community.
But in 1555 a Papal Bull ordered Jews–who had lived freely in Rome since antiquity–to be segregated in a walled sector with three gates that were locked at night, and subjected them to various restrictions on personal freedom, like limits to allowed professions and compulsory Catholic sermons on shabbat. Jews were disabled from owning any property even in the ghetto, yet had to pay a yearly tax for the "privilege" of living there.
In 1798 the Ghetto was legally abolished, and the Tree of Liberty was planted in Piazza delle Cinque Scole, but it was reinstated as soon as the Papacy regained control over the short-lived Napoleonic "Roman Republic." In 1848, during the brief Mazzini revolution, the ghetto was abolished once more, again temporarily. Finally in 1888 the city of Rome was able to tear down the ghetto's walls, and the area was fully reconstructed around the new Synagogue of Rome.

I usually have breakfast in Piazza Costaguti–the heart of the ghetto–before setting off on my culinary tours of the city. The early morning light is beautiful, and I enjoy observing the activity as shops begin to open, and kids scurry off to school.
Posted by Eleonora Baldwin at 12:29 PM 23 comments: 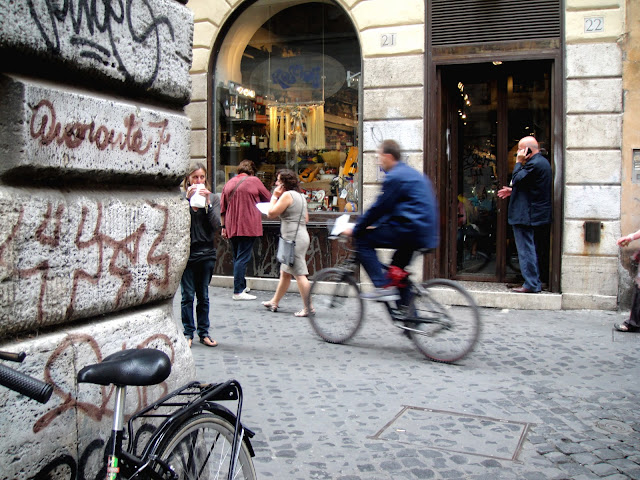 Historic Roman gourmet institution, among the most famous deli/restaurants in Rome and one of Italy’s top 5 wine bars. Recently showcased in Anthony Bourdain's black and white Dolce Vita-style Rome episode of "No Reservations" Roscioli's shelves carry 450 different kinds of cheese, more than 100 different types of cured meat, a wine list of 2200 labels, 20 different homemade breads. And the goods are handled by a professional team of expert sommeliers and talented chefs. The Roscioli family–true to perfect Italian tradition–has been working together since 1969.
Posted by Eleonora Baldwin at 10:10 AM 18 comments: 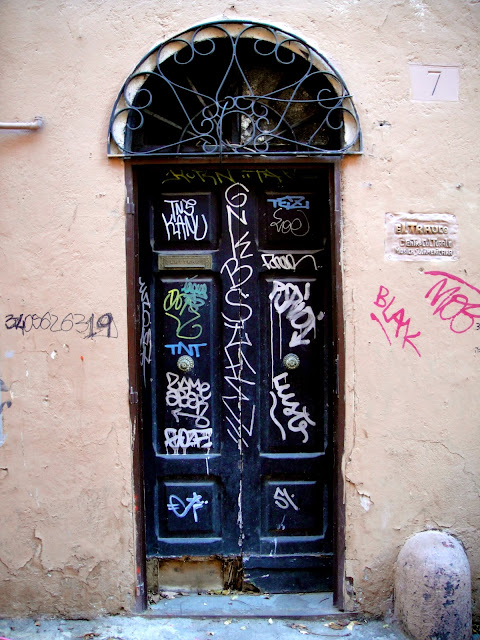 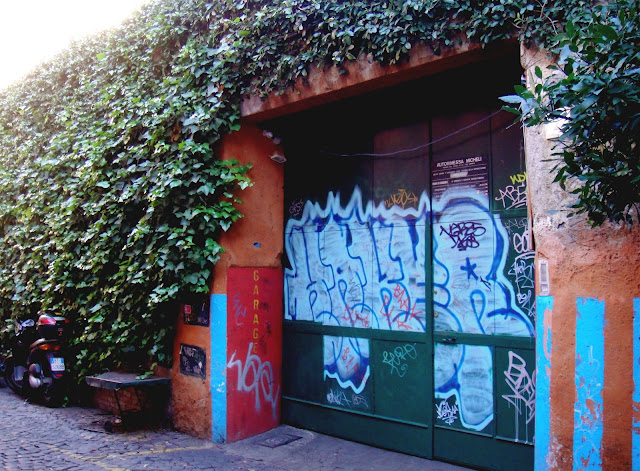 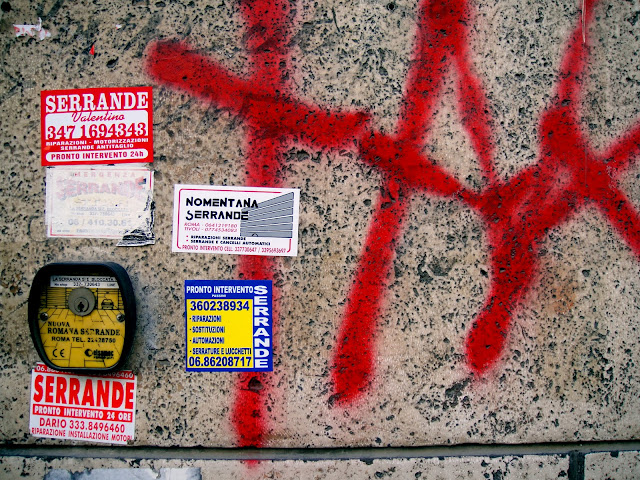 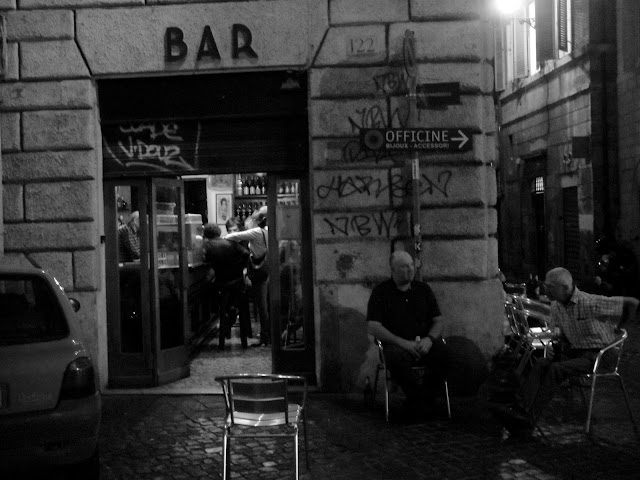 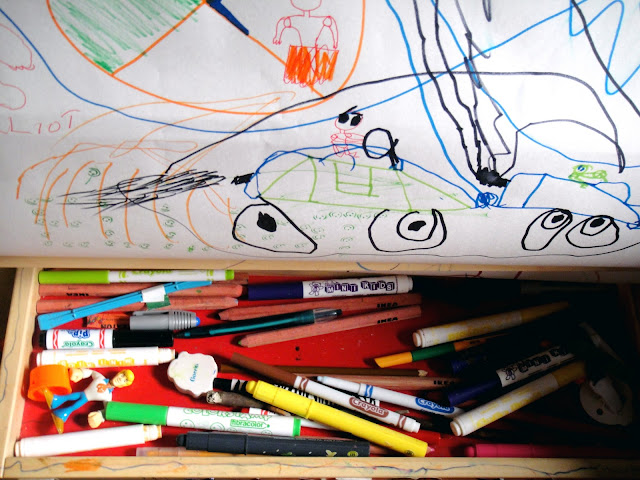 Today is Theme Day in the City Daily Photo community. Graffiti is this month's theme.
I have mixed feelings about graffiti. In some cases I find them beautiful and poetic, and sometimes the vandalism is pointless, and it irritates me.
Some of these grffiti expressions I gathered in the streets, doorways and walls of Rome, and the best one, I found at home.