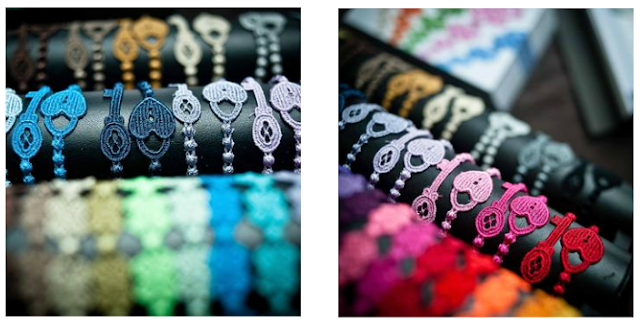 The macrame lace Cruciani bracelet has been the 'it' accessory of the season, and I learned that the stellar record sales saved the company, which was facing bankruptcy before designer Luca Caprai invented the simple cotton wrist toy.

Originally sold in the flagship Forte dei Marmi Cruciani store, the needlework mania item can now be found virtually everywhere, from clothing stores to boutiques worldwide, and is popular with everyone, even celebrities wear it on the red carpet.

Four trendy designs: Quadrifoglio is the original fortune ushering line of 7 four leaf clovers; Chiave e Lucchetto is a his/hers lock and key; Drago is a limited edition celebrating the 2012 year of the dragon; and the ever-loved Cuore hearts.

I have been a little out of luck lately, so I decided to get a lucky Cruciani bracelet. I went with fire engine red between the choice of 28 different colors. Do you like it? 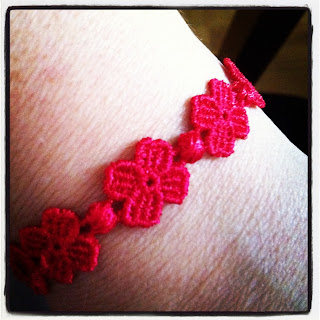 Posted by Eleonora Baldwin at 2:56 PM

Thank you for visiting Roma Every Day. Your feedback is always hugely appreciated, though it is no longer possible for me to reply individually to your comments in the post thread.

For any questions, please feel free to send me an email.